Ascend is an autonomously working concept tool, designed for large scale interior constructions. Automation of filling, grinding and painting in conjuction with digital networking, will increase productivity, while allowing construction workers to be less exposed to physical strain.

The construction sector faces major challenges to meet the increasing demand on living areas, demanding deadlines and increasing costs. In the next 10 years about 30% of all construction workers will retire. A reason for this, is how exhausting and dangerous such an environment can be. Less and less young people see their future in this sector. Almost all retired construction workers suffer from some sort of physical wear. Modern industry is a pioneer of automatization, dangerous, exhausting or low complexity jobs have been taken over by machines and humans have switched from manual labour to leading positions. 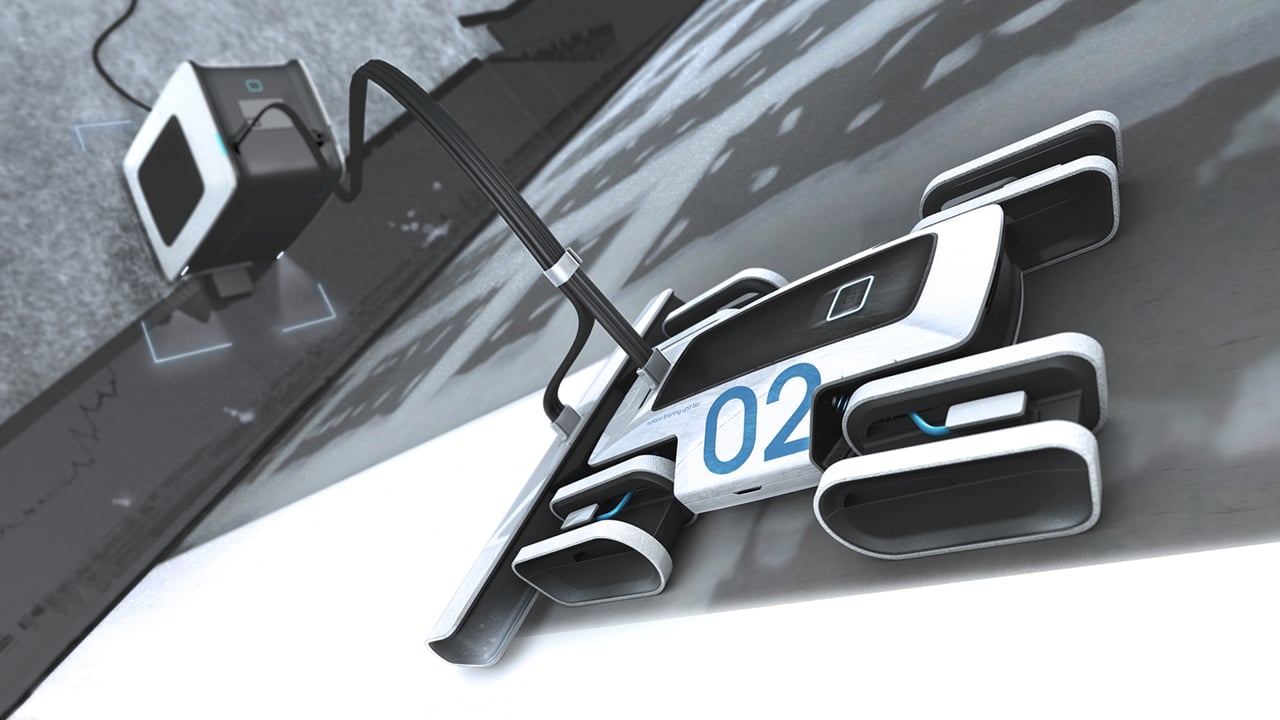 How can we use the principles of Industry 4.0 to solve these problems?

After intensive desk research about competition, market and technology, part of our research included on-site visits at large construction sites as well as meetings and interviews with construction companies and owners of smaller construction business to learn about their daily struggles and routines. We even had the chance to get our own hands dirty by joining two teams of construction workers for one day each.

Automation where it matters.

HOW DOES IT WORK?

A building construction process consists of architects, the construction management, contractors, suppliers different storages and subcontractors. All sorts of communication, including plans and informations have to be exchanged between construction management, which slows down the process. A new process improves the communication and workflow. Digital construction plans connect all key players. Our system “Ascend” is directly integrated in the whole process and every party involved has access to it. “Ascend” consists of the base unit and up to 2 surface units. For the surface unit there are 3 work modules including fill, grind and paint. The base unit contains a vacuum pump, an airless spray gun and a material cartridge to supply the surface unit, which is able to move along wall and ceiling freely and finish the surfaces. Before the system can pick up its work, it has to be programmed beforehand by a worker via an app.

The surface unit is the executive part. A connection through hoses to a powerful vacuum pump and material supply in the base unit allow the device to work on wall and ceiling.

The base unit provides the surface unit with elctricity, paint supply and houses the vacuum pump, as well as an emergency battery.

The base unit provides the surface unit with elctricity, paint supply and houses the vacuum pump, as well as an emergency battery. 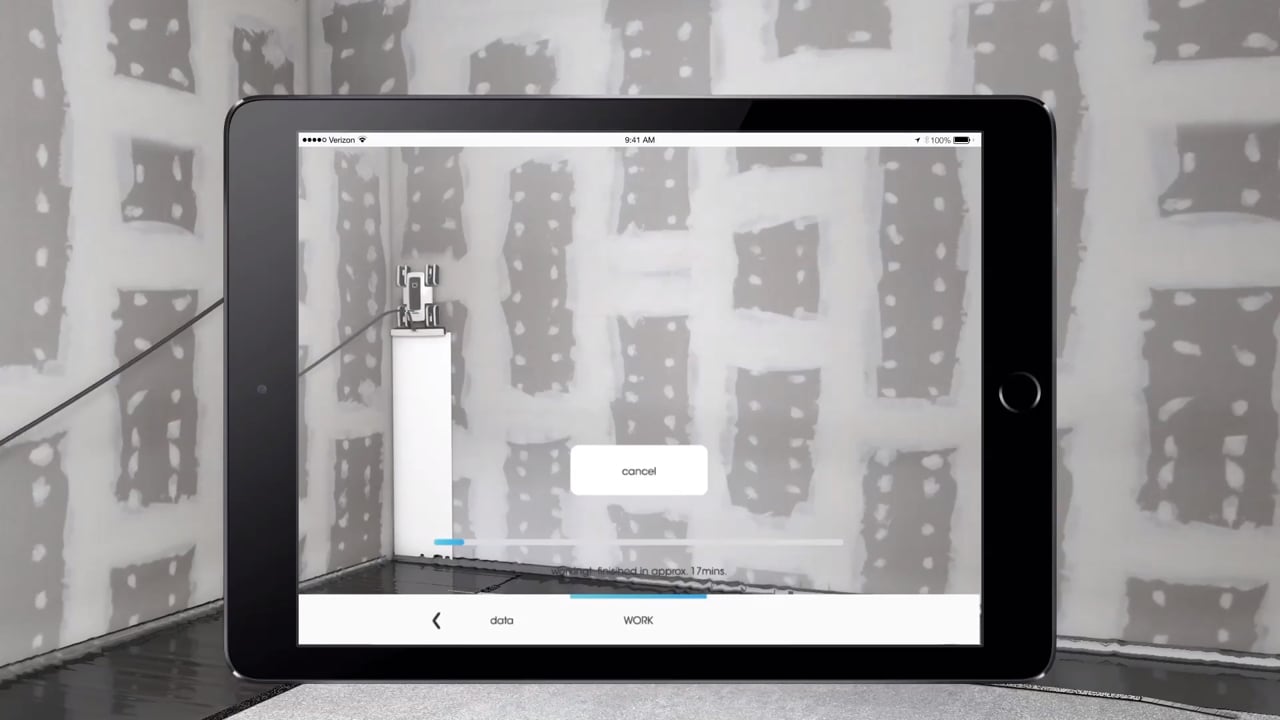